How Colombian casinos provide new growth opportunities in the region

The past year has been extremely challenging for Colombia and South America, and the much-need economic help could come from the least expected source: online gambling. Previously a popular pastime for people who enjoyed the thrill of casinos without having to leave their homes, online gaming has become a massive source of income for a country that struggled with the economic consequences of a major health crisis.

At the end of 2021, Colombia’s National Government, together with its institution and 16 legal operators, partnered to support the responsible growth of the gaming sector, which had already grown from 10% to 20% in the previous twelve months. As a result, gambling ended up contributing over 60 million euros to the Colombian economy, including to the healthcare sector, which was in dire need of funds.

Although casinos remained closed for most of the crisis, gambling as a field reached new heights. Mobile gambling, for example, grew by up to 125%, and sports betting made over 19.4 million euros, a considerable growth since 2019’s 16 million euros.

The Colombian government has been supporting legal gaming.

Although the astronomical ascension of online casinos in Colombia may seem sudden, it actually started a few years ago, in 2016, when El Consejo Nacional de Juegos de Suerte y Azar (Colombia’s gambling authority) introduced the Colombian eGaming Act. After the faulty leadership of the Empresa Territorial para la Salud, this new act introduced some major improvements, such as:

All of these changes were successful, and gambling started to become a solid industry that brought millions to the economy. For example, in 2018, over 1.7 million new customers joined online casinos.

Although in the past year most land-based casinos had to stay closed for safety reasons, online platforms, especially the popular “Tragamonedas”, continued to thrive, having picked up millions of new players. Regulated online platforms in Colombia were quite open to innovation and offered a safe space where players could enjoy a wide variety of gamers, from the classic slot machines to card games, betting, and other exciting games.

Considering the influx of new players and the fact that the entire industry moved online, it was only natural for cybersecurity to take center stage. As a result, Colombian online casinos joined the rest of the world in introducing new security measures and stepping up digital experiences. This included, first and foremost, tightening the security of online payment systems. At the same time, online operators invested in extra server power to accommodate new users and included more games to cater to everyone’s requirements. Needless to say, with more users also come diverse payment preferences, so operators included more options for depositing funds. As usual, bonuses and promotions are the bread and butter of online gambling, so there were many offerings in that regard too.

All of these improvements combined helped users develop a renewed sense of trust in the industry. We mustn’t forget that, until 2008, 20% of platforms were operating outside the law, and nearly a half of slot machines in the country didn’t have a license. Now, with the new regulatory environment, this has changed, and the system is much more focused on the safety of users.

What options do gaming enthusiasts have?

Possibilities are endless for gaming enthusiasts in Colombia, no matter their preferences and level of experience. Since slot games, or Tragamonedas, were popular in land-based casinos, it doesn’t come as a surprise that they were successfully included online too. And here, operators played with various themes to satisfy all categories of users.

For example, there’s Apollo, God of the Sun, a very enjoyable Roman Empire slot, with an Almighty Sun feature. For people who like mythological themes, this game is a great way of passing the time. 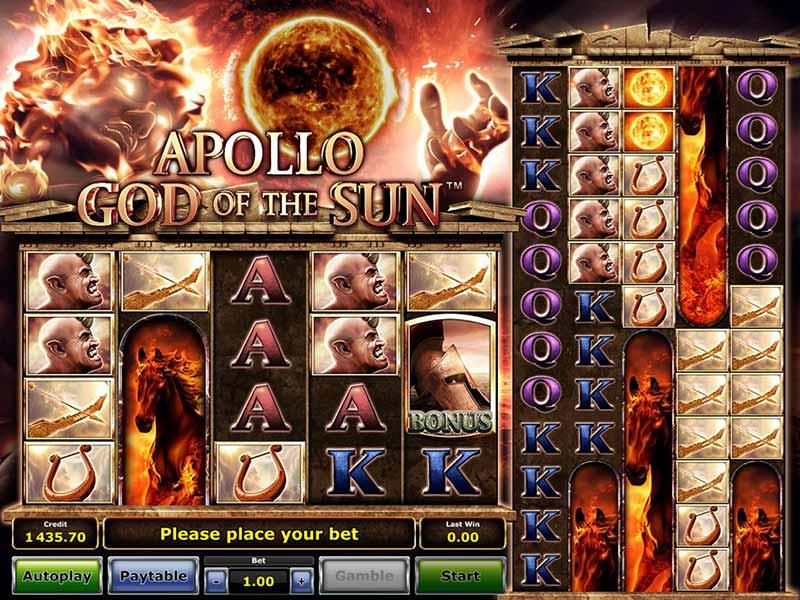 Of course, this isn’t the only example. A lot of creativity goes into creating online slots games, and there are hundreds of themes that users can choose from, inspired by sports, history, legends, movies, pop culture, and more. Slots games can be played on all devices, but in recent years, there has been a surge in mobile gaming. Smartphone use had been on the rise for years, but according to a report called “The State of Gaming App Marketing,” app installs of mobile games have increased by 45% in 2020, so people have been playing slots more on their phones. Of course, that’s likely to make an impact on the industry as a whole, so we’ll likely see plenty of exciting slot games in Colombian online casinos soon.

Apart from slot games, online platforms welcome old and new users alike with other casino games. For example, online poker, with all its variations (Texas Hold’em, Badugi, 7-Card Stud, etc.), continues to lead in digital casinos, especially among experienced players who want to make a profit from casino games.

Last but not least, we have online sports betting. In a country like Colombia, where sports are a part of the national lifestyle and which has given the world some of the best football players of all time, sports betting is a major hobby. Colombians bet online on matches from the national league, but online betting sites also allow wagering on international competitions such as UEFA Champions League and even the NBA and NFL.