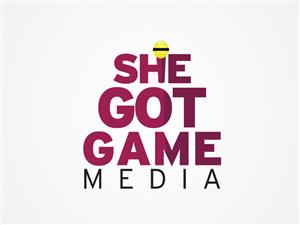 Fierce imagination and emotional, complexity describes the paintings of the late Reva Freedman, one of South Florida's outstanding Outsider Artists. Her works are part of a dynamic new exhibit opening to the public December 4, 2016 at Fort Lauderdale History Museum.

Titled, 'Reinterpreting the Pioneer,' the exhibition is a posthumous tribute to Freedman, a self-taught, second-career South Florida painter/ classically trained violinist. She wow'd Broward County, Florida and the broader art community beginning in the 80's with her personal aesthetic and style receiving numerous awards and commissions. Up until her death in 2011, Ms. Freedman continued to put out an impressive body of work despite her struggles with dementia.

The Reinterpreting the Pioneer exhibit,  features a number of notable Florida artists who blazed a trail in the state's proud Outsider Art tradition as well. Reva is one of the few female artists because women weren't easily accepted as artists in the 80's, especially if they were self-taught and claiming art as a second career.

The exhibit will  also feature monthly community labs, pop-up art events, and special guests.  The exhibition seeks to connect visitors to the featured outsider artists, including Reva, as a means of defining what makes Broward's community culture distinctive. Local self-taught and institutionally trained artists will also collaborate and share their installations about cultural pioneers and noted outsider artists.

"Outsider Art, is an important genre which embodies the consciousness of relatively unknown people. Outsider artists, like Reva," said Exhibit co-curator Clare Vickery of Grace Art Center Florida," were  'outsiders' to the conventional art community, disconnected from traditional power and resources that came from institutional training, yet they made an impact on South Florida culture.Their lens is perfect to view history of lesser known people groups who impacted Broward's history and distinctive character. Some of the state's best storytelling historians and art experts will reveal the special link between Outsider art, diversity and innovation."

For example, Gary Monroe, a lifelong advocate and archiver of Outsider Art, met Reva in the 80's when he returned to South Florida with a MFA and became enthralled with the nascent Outsider Art scene. He was impressed with Reva's vision and in his 2003 book 'Extraordinary Interpretations: Florida's Self-Taught Artists,' he quoted her saying, I don't paint for fun...I paint every night...paint all night..smearing here and there. The same picture can be changed 20 times." She enjoyed reacting to her paintings, not allowing thought to inhibit her visual associations. Monroe has also written extensively on the Florida Highwaymen and is curating several museum exhibitions opening in South Florida in 2017-2018.

Twenty (20) of Reva's works from each stage of her painting career (1980-2011) will be on exhibit and available for purchase to benefit the family foundation. Her daughter, Sue Felner, a life long advocate for autistic children in Broward County schools, hopes that her mother's legacy of creativity will benefit advancement in treatment and quality of life for those living on the autism spectrum.

The public is invited to engage with Freedman's work as well as the work of other pioneering South Florida artists on Sunday, December 4th from 12 to 5pm.

When: Friday December 2, 6:30 PM  with a Press and Invitation only reception

Exhibition opens to the general public Sunday, December 4  from 12 - 5 PM
Details: A complete List of the Artists and events can be found here.

About Outsider Art
Outsider Art has been a growing phenomena since the 1940's when Frenchman, Jean Debuffet, began a fascination with 'low art' or art of the common man. Artists making art out of the context of art history, removed from the artistic institutions, apart from the dialogue and marketplace of contemporary art. Outsider artists were isolated, working in basements, prison cells, psychiatric wards or rural towns where art was, at least in theory, born purely of the individual imagination and about everyday life. Popular 'Folk Art' also falls under the broad category of Outsider Art.

The term 'Outsider' art, coined by Roger Cardinal was synonymous until the 1980s with the art brut movement begun by Debuffet, is now any work of art produced by an untrained, idiosyncratic, or marginalized artist who is typically unconnected to the conventional art world - not necessarily by choice but by circumstance.

In 1987, the Fort Lauderdale Museum of Art  (now the NSU Arts Museum) boldly launched an exhibit called 'A Separate Reality - Florida Eccentrics' curated by Karen Valdes under the leadership of then Executive Director, George Bolge (now ED, Deland Museum of Art). Outsider art genre continues to grow in popularity with the general public, the community of art collectors and museums. This exhibition celebrates the 30 year anniversary of Florida's Outsider Artist exhibit in Fort Lauderdale for then sixteen artists (one of whom was Purvis Young) who grew in popularity through the years.

The Outsider Art Fair in New York City and Paris continue to grow in popularity.